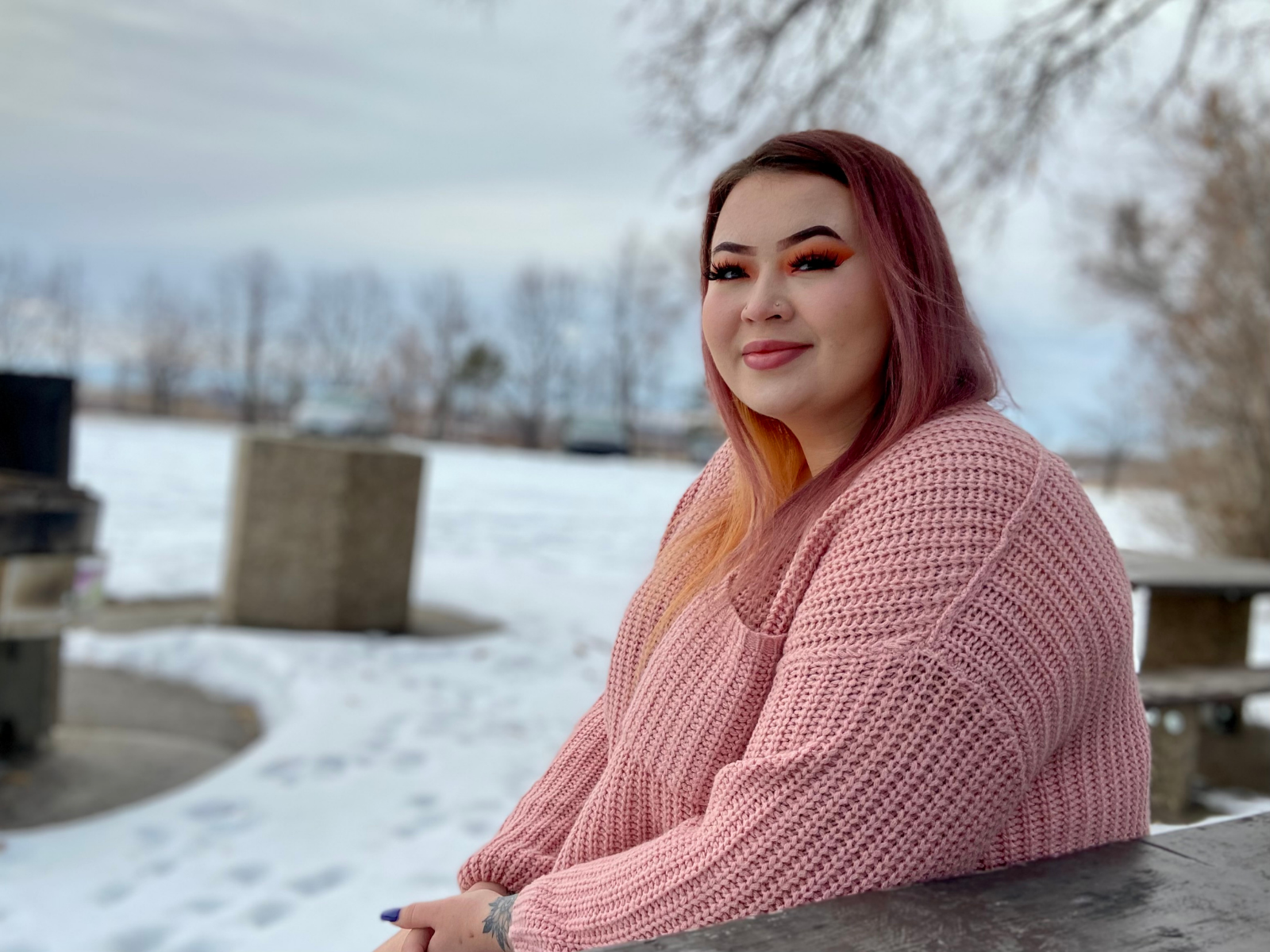 Kathleen Workman would often find herself choosing whether she would eat or pay her bills.

The stress began to add up, so she chose to move back home with her mom.

As part of Queen City Daily’s community engagement project, Workman allowed us to share her story to spread awareness.

She is among many people in Regina who’ve often faced barriers to access affordable housing and supports.

Through our online survey, many of the 118 respondents told us about their challenges and offered ideas to help those in need.

Some of those ideas include more affordable, transitional and supportive housing options, as well as mental health and detox spaces, increases to the minimum wage, free meals in schools, affordable daycare, and more.

Among the many pressing issues is the need to increase rates for social assistance, said Peter Gilmer, an advocate with the Regina Anti-Poverty Ministry.

He explained that changes in allowances have meant fewer dollars in people’s pockets. For instance, a separate program that covered utility costs has been baked into the general SIS program, which leaves many with fewer dollars.

As well, people in need in Regina could qualify for $860 a month, which he said isn’t much to meet high rental rates and basic living costs. The most a person would quality for is $1,150, but that would cover a single parent with seven children.

“Obviously both single people and family units are finding themselves in crisis,” Gilmer said. “For the majority of people, they just don’t have enough. Even if people could maintain, they are making impossible choices of keeping a roof over their head or paying utilities.”

On top of this, Gilmer said there is lots of vacant social housing. He explained many units have been set aside for seniors, which means many younger people aren’t eligible. Typical market housing is generally more expensive.

He would also like to see rent control, landlord licensing, a rental home inspection program, a minimum wage of at least $15 per hour, more permanent supportive housing, and affordable childcare.

“The only common denominator is incomes are too low and costs are too high,” he said. “But it also goes beyond questions of income and cost. We could save a lot of money as well as provide dignity and quality of life for the most marginalized people.”

Workman said that while some people may think homelessness is a result from personal choices, it largely stems from various forms of trauma.

This could be childhood trauma or intergenerational trauma passed down from family.

Workman shared that while experiencing homelessness, she had been addicted to meth for two-and-a-half years. She said becoming pregnant with her daughter at 16 led her to sobriety.

“It does come down to personal choices, but people don’t understand intergenerational trauma and addiction trauma do play a large role.”

While she has overcome a lot, Workman said she continues to face challenges. For example, she is questioning whether she should drop out of post-secondary so she can afford childcare. In-person classes are resuming, which means she must find a daycare.

“I think if more people had more access to jobs and if the minimum wage was raised, it would help a lot,” she said.

Her daughter keeps her going.

Workman said she recommends people have a kinder eye when they come across someone experiencing homelessness.

Offering a little spare change or buying someone a meal can make a difference, she said.

“One thing my late dad taught me was we all bleed the same blood, and we don’t need to judge someone based on the colour of their skin or how they live their life,” she said. “A little love does go a long way. We need to stop judging and viewing people as these negative things.”

She said the media also needs to do a better job at portraying people experiencing poverty.

“If there aren’t more negative things towards homeless people, that would help,” she said. “Sit down and talk to them, learn and understand their struggle.”

Gilmer said while it’s up to government to act, it’s also up to people to push for change.

He said governments only move when there is enough pressure from the public.

“I won’t believe a single thing the government says unless they actually start doing it,” she said. “I would at least like to see an agreement where these people can at least go and sleep somewhere warm.”